Mr. Scott joined the Board in 2016 and currently serves as Chairman. Mr. Scott is a retired partner and regional public sector leader from Deloitte LLP. With more than 39 years of experience at Deloitte LLP serving public sector clients, he is well known for his extensive knowledge and experience in state and local government accounting, financial reporting, compliance and auditing related issues and is frequently looked to as a resource for shaping conversations and regulatory guidance in these areas. Mr. Scott has been actively involved in professional and industry organization committees serving in a variety of roles from Task Force Member to Committee Chairman including the American Institute of CPA’s, the Governmental Accounting Standards Board, Association of School Business Officials, Texas Society of CPA’s, and US Government Accountability Office.

Mr. Scott served as the Lead Client Service Partner for the States of Texas, New Mexico, Arkansas and Louisiana accounts as well as Regional Sector Leader, responsible for the Firm’s services to the public sector in the Mid-America Region. During his career with Deloitte LLP, Mr. Scott has also served as the National Audit Partner for K-12 Education Services ,the National Leader for Services to Local Government and Higher Education, US representative on the Deloitte’s Global Local Government Services Committee, and directed the development of arbitrage rebate services to governments and other organizations in the United States. He is recognized as a specialist in federal and state compliance, regulatory and risk, reporting and auditing and is a frequent speaker on such topics.

Mr. Bell is currently a Senior Staff Accountant in the Department of the Treasury’s Office of the Fiscal Assistant Secretary, where he is among the team leads responsible for preparing the Financial Report of the U.S. Government and the related Citizen’s Guide, and is a featured speaker on the financial position and condition of the Federal Government.

Mr. Bell’s career in Federal financial management and policy spans more than 25 years in both the public and private sectors, including positions with the Office of Management and Budget, the Department of Health and Human Services, and the Small Business Administration. Mr. Bell, an MBA and Certified Government Financial Manager (CGFM), has served as the president of the Washington, DC Chapter, Vice President of the Capital Region, and Senior Vice President for the Association of Government Accountants. He earned a B.S. in Accounting from Washington and Lee University and an MBA from George Mason University. He joined the Board on October 1, 2017.

Ms. Bronner is the former director of the Government Finance Officers Association’s Certificate of Achievement for Excellence in Financial Reporting Program and is a nationally recognized authority on government compliance and oversight and related accountability and internal control issues. She is also a recognized thought leader on public sector implementation and compliance issues associated with the Digital Accountability and Transparency Act (DATA Act).

Ms. Bronner received her Bachelor of Science degree in Accounting from the University of Illinois where she was elected to “Who’s Who in American Colleges and Universities.” She is a licensed certified public accountant in Illinois, Indiana, California, Georgia, Massachusetts, and New York. She joined the Board in January 2016. 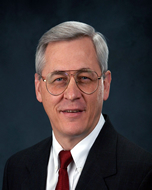 Mr. Dacey is currently Chief Accountant for the Government Accountability Office (GAO). Mr. Dacey has provided leadership for significant GAO efforts in financial accounting and auditing, as well as in information security, homeland security, and other information technology areas. He served as Director of the consolidated financial statement audit for the initial three audits of the U.S. government’s financial statements. He also led GAO’s initial financial audit efforts at the Department of Health and Human Services and the Internal Revenue Service, and the development of comprehensive audit manuals for financial auditing and information security as well as related training. Mr. Dacey served as a member of the AICPA’s Auditing Standards Board (ASB) and the FASAB Accounting and Auditing Policy Committee. In addition, Mr. Dacey’s long-term leadership in GAO’s information security audit efforts has resulted in numerous result-oriented reports and testimonies, including (1) addressing information security challenges in federal agencies and corporations, (2) assessing emerging information security issues, and (3) evaluating the federal government’s efforts to protect our nation’s private and public critical infrastructure from cyberthreats. Prior to joining GAO, Mr. Dacey was a senior manager with Deloitte & Touche and served as divisional business manager and controller for an international corporation. Mr. Dacey is a Certified Public Accountant, Certified Government Financial Manager, and Certified Information Systems Auditor. He received a B.B.A., magna cum laude, from the University of Cincinnati and a J.D. from the George Mason University School of Law. He joined the Board on August 1, 2004.

Prior to joining AOC, Ms. Harper had a 34-year career in public service. Ms. Harper served for 10 years as the Chief Financial Officer (CFO) and Chief Administrative Officer for the U.S. Government Accountability Office (GAO).

Prior to coming to GAO, Ms. Harper was the Presidentially-Appointed, Senate confirmed, CFO and Assistant Administrator for Administration and Resources Management of the U.S. Environmental Protection Agency (EPA).

Carol Johnson is a policy analyst responsible for Federal financial accounting and reporting in the Office of Management and Budget (OMB). Her responsibilities include OMB’s Circular A-136, Financial Reporting Requirements, and OMB’s Bulletin, Audit Requirements for Federal Financial Statements. Carol assumed her current position, in OMB’s Office of Federal Financial Management (OFFM), in the fall of 2016.

Prior to joining OFFM, Carol worked for 19 years in several OMB offices, including as a policy analyst in OMB’s Budget Review Division and as a program examiner in several Resource Management Offices. These experiences allowed her to develop expertise in budgetary accounting; the budget formulation, preparation, and execution processes; and a number of Federal agencies and programs. In addition to her OMB experience, Carol practiced law for five years in the D.C. office of a national law firm.

Carol’s educational background includes a Bachelor of Arts degree with majors in economics, mathematics, and Spanish from St. Cloud State University; a Master of Arts degree in public affairs from the University of Minnesota’s Humphrey School of Public Affairs; and a Juris Doctor degree from the Georgetown University Law Center.

Carol joined the Board in August of 2021 as the representative for OMB.

Mr. McNamee is a lecturer in accounting and information assurance at the Robert H. Smith School of Business at the University of Maryland.  Before starting his teaching career at Stetson University, he was Deputy Chief Auditor at the Public Company Accounting Oversight Board and had been a partner at PricewaterhouseCoopers (PwC). Mr. McNamee led the firm’s public-sector practice, serving as the engagement partner on the audits of several federal departments and agencies.

As a PwC partner, Mr. McNamee served the profession as chairman of the task forces on liaising with the Federal Accounting Standards Advisory Board and on social insurance, which were both overseen by the American Institute of Certified Public Accountants (AICPA). Mr. McNamee also served as a member of the Comptroller General’s Advisory Council on Government Auditing Standards.

Dr. Patton is the Robert Madera Distinguished Professor of Accounting and Chair of the Accounting, MIS, and Legal Studies Department in the Dillard College of Business Administration at Midwestern State University in Wichita Falls, Texas. He has co-authored three governmental and nonprofit accounting textbooks, including Accounting for Governmental and Nonprofit Organizations (Cambridge Business Publishers); and was co-author on PPC’s Guide to Governmental Financial Reporting Model:  Implementing GASBS No. 34.  Previously, Dr. Patton was the Research Manager at the Governmental Accounting Standards Board (GASB).  He has served on numerous boards and serves on the Governmental Accounting Standards Advisory Council.  Dr. Patton received a doctor of philosophy from Texas Tech University as well as a master of science from the University of North Texas and a bachelor of business administration from Midwestern State University. He is a Certified Public Accountant (Texas), a Certified Government Financial Manager, and a Chartered Global Management Accountant. He joined the Board on July 1, 2019.

Mr. Smith is one of the founding partners and the managing partner of SB & Company,LLC, a CPA firm in Maryland. His firm serves small business, middle market companies, state and local governmental entities, colleges and universities, and non-profit organizations. He is the partner in charge of the state and local governmental practice as well as its quality control leader. He began his career with Arthur Andersen and rose from staff accountant to audit partner. His volunteer service includes being a former chair of the Maryland Association of CPAs, being a former council member of the AICPA, serving on numerous committees, being a member in several professional associations, and being involved with various civic activities. He graduated magna cum laude from Hampton University with a Bachelor of Science degree in Accounting. He is a Certified Government Financial Manager and a CPA licensed in the states of Maryland, Virginia, Delaware, Pennsylvania, New York, New Jersey and the District of Columbia. Mr. Smith joined the board in July 2012.